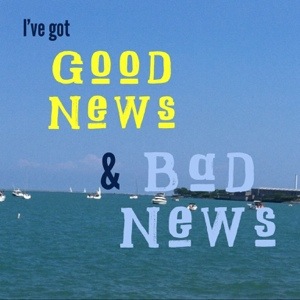 If you’ve been following along on all my different social media outlets, you know I’ve been facing some craziness. I’ve had some big decisions to make, and they stressed me out.

I’ve talked to friends, mentors, colleagues, and said more prayers than I’ve said in a long time. The hardest part was that the major decision was a no-lose situation. Either choice would have been amazing on its own, but choosing between them was a really difficult situation. After one final phone call, I knew what to do. And I also knew that I should have called that person first, because everything he said was spot on.

My decision will change my life in every way, for the foreseeable future. And no, I’m not being dramatic. So you guys wanted to know what’s going?

There are moments when something if put in front of you, and if you leave it there, you’ll regret it forever. This is one of those moments. (And no, it was not a bacon maple cupcake, although one of those would be delicious.)

Over the last couple of days I’ve used the phrase “I’ve got some good news and some bad news” quickly followed up with “I’ve been asked to…”. I’ve gotten a lot of hugs, and a few tears

Next month, I’m moving to Chicago for a huge promotion.
It’s one of those “wait, you guys want me to do what?!” situations, because it’s a big job. Like if I need to talk to someone with more responsibility than me, I’ll have to call someone in another part of the country. It’s crazy!

So now that you’ve had the good news…

It’s the kind of big job that after my Zooma Napa race with Christine in June, I’ve decided I’m not planning to race for the rest of the year. I’m going to defer my planned fall half, and will not be running a late fall marathon. I’m also not signing up for any WDW Marathon weekend races in January.

While I plan to still run (and keep my milage up so I could run a half on a whim) and continue to work on my speed and strength, I can’t guarantee what this new role is going to do to my schedule, and the decision to take it means I have to give it precedence. Training for PRs has to take a back seat for the rest of the year. Instead I will do something I have never really done since really getting into running 18 months ago: I’m going to run for me.

It also means that my blog posts and social media presence is going to be significantly reduced. It doesn’t mean I’m going away, but I’ll probably be on more of a once a week post schedule more regularly, and social media will primarily be a before and after hours kind of thing.

Finally, it means my Florida trip with my girlfriends is off. While I’m still hoping to get away over Memorial Day weekend, I’m just not able to plan it this far ahead.

To some people, this probably feels like I’m giving up a lot, but I’m a highly goal driven person. I’ve been working for an opportunity like this since childhood. I am scared, nervous and excited, all of which mean I’m doing exactly the right thing!

Who do I know in Chicago?
If you had only a few weeks left in Philly, what would you do?
What are some shorter fun races in the Chicago area I should do this summer?